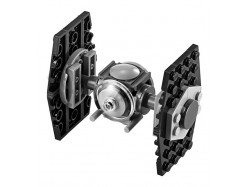 Take control of your own mini TIE Fighter model from the Han Solo movie - the symbol of the Imperial.. 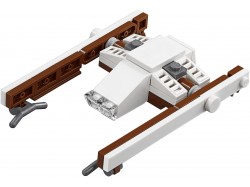 Transport heavy loads with the Imperial AT-Hauler, like the one from Solo: A Star Wars Story. It eve.. 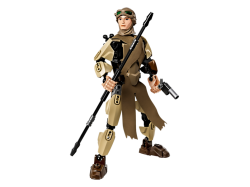 Battle the First Order with this buildable and posable Rey! Grab the staff and pistol and get ready .. 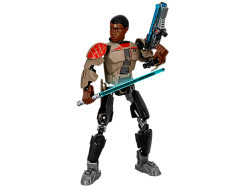 Grab your Lightsaber and help Finn defeat any enemy with his amazing arm-swinging battle function! T.. 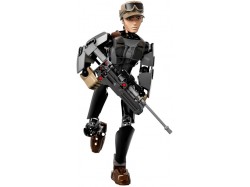 Help the Rebel Alliance take on the Empire with this buildable and highly posable Jyn Erso figure. F.. 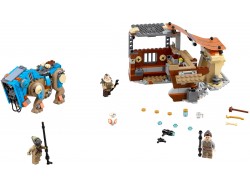 Stop the thief at Unkar Plutt's market stall!Join Rey and her companion BB-8 as she trades scavenged.. 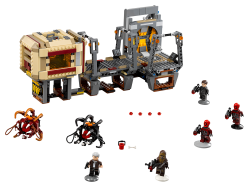 Help Han and Chewbacca outwit Bala-Tik and his Guavian Security Soldiers aboard their freighter. Low.. 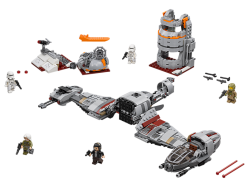 This exciting Defense of Crait LEGO® Star Wars toy has everything a Resistance warrior needs to play.. 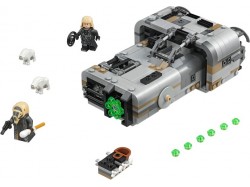 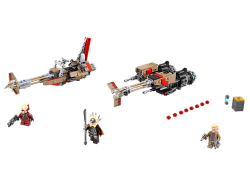 Lead a high-speed chase for the coaxium with this LEGO® Star Wars 75215 Cloud-Rider Swoop Bikes set... 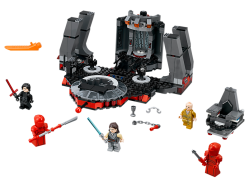 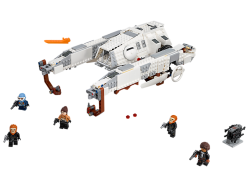 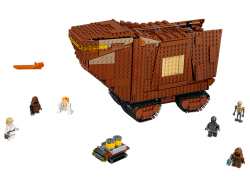 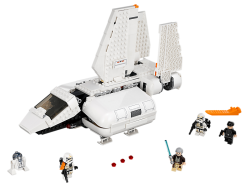 Play out galactic adventures with the LEGO® Star Wars 75221 Imperial Landing Craft. As seen in Star .. 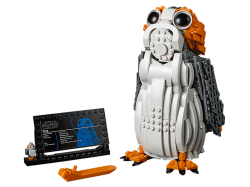 Own an unmistakable character from Star Wars: The Last Jedi with this LEGO® Star Wars 75230 Porg! Th..